An anthropological perspective on Sverigedemokraterna 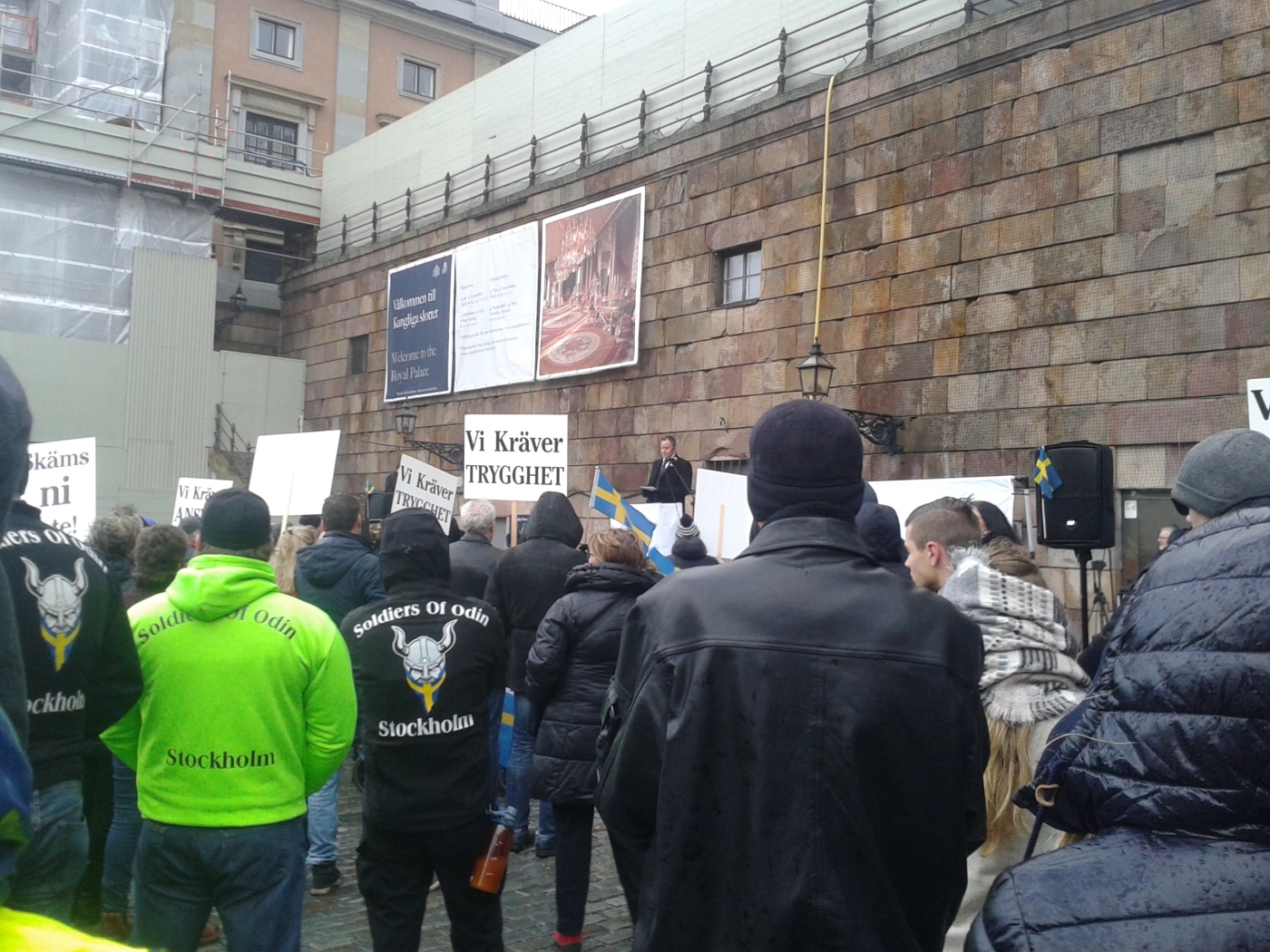 Steven Sampson (15-10-18) raises the question if there is anything social anthropologists could say to illuminate the situation of Sweden in relation to the rise of Sverigedemokraterna. Having carried out two minor research projects on the social milieu associated with Sverigedemokraterna, I want to take the opportunity to share some reflections on my own work, perhaps pointing towards the shape of an anthropological approach to this phenomenon.

Steven Sampson mentions that SD has been described in a variety of ways and (voilà!) here is another one: a party which is part of a neo-nationalist network. Neo-nationalism as a concept has been developed by social anthropologists for social anthropologists (see Gingrich and Banks 2006), in order to work as a theoretical framework, through which political movements similar to SD can be approached and understood, including global processes of economy and migration as well as local-popular experiences and emotions in the analysis. Basing my research on this concept, I have approached the rise of SD by searching my way to the periphery of its underlying socio-political network, which has grown tremendously along with the political success of SD and which I have chosen to conceptualize as a “neo-nationalist network”. Namely, while SD often gains the attention of scholars and journalists, it is only the tip of a “network of networks” (Hannerz 1992) comprising blogs, social media platforms, individual youtubers, “alternative media”, organizations, activist groups, artists, internet trolls and local individual politicians, all with varying and sometimes conflicting agendas but still working in the same direction: towards strengthening the “national order of things” (Malkki 1992) and reproducing a neo-nationalist narrative of the Swedish nation. The Swedish neo-nationalist project is, using the words of Steven Sampson, indeed a complex and multifaceted political platform and my research has so far focused on two rather obscure corners of this platform: a neo-nationalist humanitarian organization called Right Hand Aid, and a group of demonstrators called Folkets Demonstration. Both initiatives are today more or less absolved and have been replaced by others, which reveals another important characteristic of (and an analytical and methodological challenge with) this network: its extraordinary changeability.

During my research of these two initiatives, I have gradually developed an approach to Swedish neo-nationalism that premises a renaissance of the classical anthropological gaze vis-à-vis the research subjects. In other terms, I have come to analyze my research subjects as a pseudo-religious group of “natives”, driven by myths and spinning ‘webs of signifiers’, which is in accordance with Rabinow’s call for a defamiliarization and anthropologization of the West in order to “show how exotic its constitution of reality has been” (1986:241). For this perhaps somewhat controversial approach, however, I have had my reasons.

As many scholars relating their work to nationalism conclude, nationalism cannot be grasped without taking regard to the human imagination and, in Benedict Anderson’s words, the imagined community. Some, such as Malkki (1992), describe nationalism as a cultural imaginarie that organizes and differentiates nations and peoples in genealogical and biological terms, while others, for example Hylland Eriksen (2010) and Khosravi (2010), consider it a form of pseudo-religion, ascribing to the nation a status of a secular-mythological deity. Appadurai, on the third hand, conceptualizes nationalism as a “totalized cosmology of the sacred nation” (2006:4). What can be concluded from previous research is, in other words, that an anthropological approach to neo-nationalism does well to relate to the fact that nations are constantly ontologized in different ways by its members, which I became very well aware of by socializing with my research subjects.

Everyone of my informants expressed fears of a current processual downfall of the Swedish nation, the fall of Folkhemmet and the destruction of folklig gemenskap. Everyone based his/her fears on sensory-experiences in their everyday life, and every sensory-experience dealt with the presence or actions of immigrants of different skin-colors or different cultural expressions than those considered Swedish or simply non-European. There was the young couple who became activists after a tragic murder in 2015 when a desperate Eritrean asylum seeker killed two anonymous Swedes in an IKEA warehouse (a very symbolic Swedish place), which the couple interpreted as an actual attack on the Swedish nation itself. There was the elder woman in Malmö who did not like the view of veiled Muslim women in the street where she lives, seeing them as uninvited guests who introduce “foreign blood” in the “Swedish family” by the approval of its supposed “father” Stefan Löfvén himself. There was the middle-aged teacher, who was not happy for the arrival of Syrian unaccompanied refugee children in her town school, seeing their presence as part of a cosmopolitan agenda, aiming at deconstructing nation boundaries. Finally, there was the Christian man who interpreted the presence of non-European immigrants in Sweden as part of a globalist, cultural-Marxist conspiracy that aims to blur social differences, destroy “natural” racial and cultural boundaries and eventually introduce the empire of Anti-Christ. In other words, my informants seemed to share a form of “ontological insecurity” (Hervik 2011:31) due to the mere presence of cultural and ethnical Others, without hardly considering other reasons for their presence (e.g. global politico-economic inequality or simply inhuman living conditions in their home countries?), than conspiracies and an obscure political intention to destroy Folkhemmet.

Even if all of my informants (and probably Swedish neo-nationalists in general) do not believe in the approaching empire of Anti-Christ, most of them still expressed a belief in an obscure, cosmopolitanist agenda, in which the “import” of non-European immigrants is part of the politicians’ sinister plan. To what extent can we understand this insecurity and these conspiracy-theories without relating it to a basic pseudo-religious belief in the natural and divine properties of the nation? Based on the accounts of my research subjects, and the numerable expressions of similar interpretations of immigrants’ presence that I came across, I therefore formulated the concept of “neo-nationalist cosmology” in order to gather the different, bizarre and fundamentally identical views of Sweden, its condition and dystopian future. That is, a 21st century form of nationalist cosmology, which concerns itself with global migrants and interprets their presence as signifying an apocalypse; the twilight of the nation.

A field strategy of scepticism

By creating the concept of “neo-nationalist cosmology”, I found a way to defamiliarize and exotify (at least a small part of) of the West, as prescribed by Rabinow. To researchers familiar with the history of anthropology, my anthropologization of Swedish neo-nationalism might however still come across as peculiar, degenerated and reinvigorating of the ethnocentric core premises that were disclosed in the “writing culture”-debate. However, there is also a methodological advantage to take into consideration. 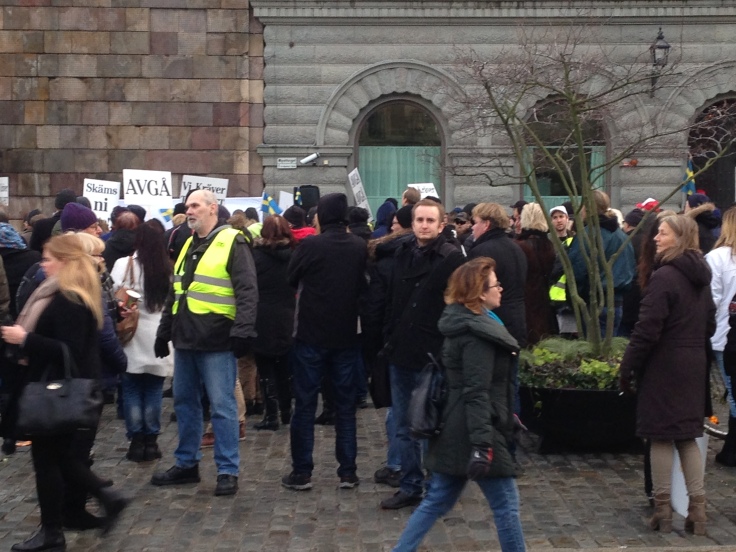 ANTHROPOLOGIST IN THE FIELD

Steven Sampson stresses that anthropologists should avoid reducing the “SD project” to racism. Nevertheless, as a researcher of this project I encountered a number of racist, social-darwinist and islamophobic views of immigrants, which required a strategy of distance in order not to “go native”. As put by Gingrich (2004:162), “the ‘commitment’ and ‘advocacy’ paradigm is important for some, but not all, cases of anthropological fieldwork”, to which fieldwork with neo-nationalists indeed counts according to my experiences. Gingrich rather proposes an anthropological attitude of scepticism reminding of that before the postmodernist critic of social science, and my way of anthropologizing neo-nationalism and my research subjects can be seen as an operationalization of Gingrich’s proposition. Moreover I had to carefully handle my impression management in the field and I gradually discovered that the best way to maintain distance without loosing the confidence of the informants was to simply play the role of the “objective scientist”, observing and questioning while maintaining an investigating “stone face”. This idea was also inspired by my informants themselves, who often consider themselves misinterpreted and maligned by a biased political elite and therefore welcomed me with open arms, expressing a view of me as the objective researcher who will finally find out the truth about them. In other words, a negotiated relation of “post-postmodern objectivity” between me and my informants exemplified by my field appearance and my anthropologizing analysis, became a fruitful field strategy of scepticism.

So, what could anthropologists say to illuminate the situation of Sweden in relation to the rise of SD? My research has so far considered the Swedish neo-nationalist project from the perspective of a classic, defamiliarizing form of anthropology, which ascribes importance to ontology, cosmology, symbols, imagination, fantasies and the sensory experiences of everyday to understand the rise of SD and Swedish neo-nationalism, and which presumes an old-fashioned methodology that however can be much helpful to govern the way through the neo-nationalist field. There are of course other possible approaches, and also other classical anthropological aspects that I have taken into analytical consideration, for example rituals and performativity, which I have not touched upon in this text. What is however important, as Hannerz (2006:274) notes, is to be careful to see concepts such as neo-nationalism as “polythetic categories” in that they often include the same characteristics but might organize these characteristics in different ways (even within the same neo-nationalist network or cosmology), relating to different cultures, histories and socio-political patterns. In other words, the fact that e.g. top politicians and grassroot activists, across or within different nations, express similar ontological insecurities does not mean that they actually “believe in the nation” to the same degree, or that they act out from the same standpoint (whereas one neo-nationalist believe in the nation as a protection against evil, supernatural powers, another might as well utilize these believes for the sake of his/her own career). Neither does it mean that neo-nationalism in different countries necessarily follows the same pattern of political development, and I find it therefore problematic to use the exemple of Denmark as a form of teleological model for Sweden. As of the election of 2018, SD represents 17,5 % of the Swedish population (far less than what they had expected themselves) in the face of an evident parliamentary opposition, and to ascribe more influence to them than that is to risk constructing self-fullfilling prophesies and to do them an actual favour.

Appadurai, A. 2006. Fear of Small Numbers: An Essay on the Geography of Anger. London: Duke University Press.

Hannerz, U. 1992. The global ecumene as a network of networks. In A. Kuper (ed.): Conceptualizing society. London: Routledge.

Hannerz, U. 2006. Afterthoughts. In A. Gingrich & M. Banks (eds.): Neo-Nationalism in Europe and Beyond: Perspectives from Social Anthropology. New York: Berghahn Books.

Hervik, P. 2011. The annoying difference: the emergence of Danish neonationalism, neoracism, and populism in the post-1989 world. Oxford: Berghahn.

Malkki, L. 1992. National Geographic: The Rooting of Peoples and the Territorialization of National Identity among Scholars and Refugees. Cultural Anthropology 7(1):24-44. 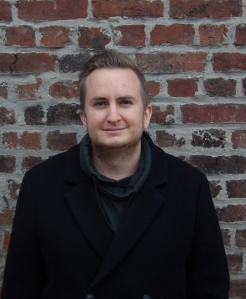 Kristofer Lindh: I was born and raised on Gotland. By studying the interdisciplinary bachelor program of Global Development at Stockholm University, I got acquainted with Social Anthropology, which proved to provide the conditions for me to follow my inclination for exploring, analyzing and theorizing the Social and the Cultural. In 2017, I eventually finished my master in anthropology at the same university. My research interests specifically include neo-nationalism, humanitarianism, populism, power and democracy, but I also have a general interest in a wide spectrum of questions relating to philosophy of social science and postmodernism.